Learning from Success — and Failure

In The Heretics Guide to Best Practices, authors Paul Culmsee (who is also a Business Apps MVP) and Kailash Awati share a story that I have encountered a few times during my corporate adventures, and also while working as a consultant: an organization decides to “institutionalize” innovation by creating a committee “to encourage and manage new creative efforts. The committee was instituted with great fanfare, even greater expectations, and chaired by a manager with a suitably pompous title.”

It all sounds so familiar. Paul and Kailash continue:

“The problem with this initiative was that many of th every smart people on the committee had no idea what their brief entailed: What does it mean to “encourage and manage innovation?” Books were read, gurus sought and consultants engaged, but the search for the magic formula led nowhere. The only tangible results were reams of documents filled with well worded platitudes and a couple of presentations on innovation. The committee did not last long; a year or so after being instituted, it was quietly disbanded.”

Paul and Kailash go on to explain that the failure of this effort was because innovation was viewed as the end goal – to identify innovations, rather than a means of improving the speed of doing business, the quality of what is delivered, or the range of products and services delivered through innovation. 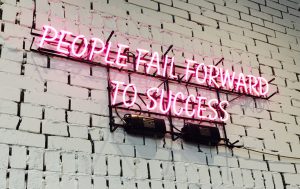 Photo by Ian Kim on Unsplash

In my own experience, while working as a consultant (thinking of one customer in particular, but I’ve seen something similar play out in other companies) a “think tank” was created under the auspices of identifying innovations within the company, and also some that might be funded and spun off into new business opportunities. Participating in this committee was purely by invite from the CEO, and not limited by the trappings of experience and business acumen (I’m trying to be nice in my description of its participants, who were all very junior). T-shirts were printed, expensive off-site activities were planned and executed, and at the end of it all – there was nothing to show for the fanfare, expense, and loss of respect from other employees who were neither invited to participate nor given a chance to demonstrate their ideas.

What I took away from that particular experience was the need to keep employee feedback mechanisms neutral. Rather than attempting to make the process transparent and let everyone participate, they chose to make it more of a closed-door, secret-handshake club — and regular employees took notice.

While the initial intention of the initiative may have been positive (solving company problems with a “tiger team” approach), what needed to happen was a broader change within the company culture allowing anyone and everyone to provide feedback, and participate in the change. In other words, let the people experiencing the pain have a voice/role in the resolution.

Most companies are afraid to fail, and so they shape their practices and policies in a way that discourages people from trying new things, from experimenting. My personal experience is that when I am allowed to be creative, I do my most innovative work. Some of my best organizational planning happened while I was working on my MBA and working full-time – I was learning new concepts and thinking about a broad range of management topics, and was able to both apply what I was learning, but to also step back and look at broader issues with my company and organization and put bigger issues into perspective. I was able to think about problems from a finance perspective, from an operations perspective, and so forth, as I was studying each of those topics. I hit a number of roadblocks with my organization, and at the completion of my degree, I had to move. I needed to find a place that would utilize my new skills.

The lesson here, as I see it, is not to create a formal group to try and identify innovations (which will likely create resentment rather than good will in the organization). Instead, look at what your organization can do to reduce the barriers for innovation, and give people the chance to try things – and yes, sometimes fail. The organization that learns will find success more often than failure.