The world is smaller than you think 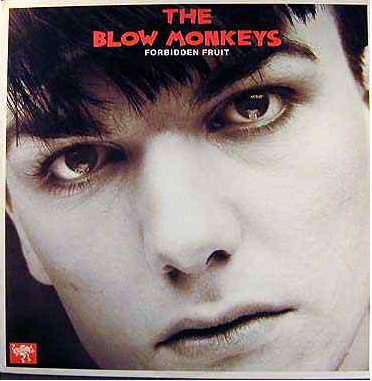 Summer of 1987 was a big deal for me. I came back from my freshman year in college, started dating my future wife, broke up with my future wife (she’s not fond of that part of the story), and became enamored by several albums: Crowded House’s debut, Love and Rockets ‘Express’, and most of all — the Blow Monkey’s ‘Forbidden Fruit’ EP. I purchased many rare Blow Monkeys items that year (and since), and have a full vinyl collection of just about everything they ever produced, and still have a couple iconic posters from that era of their career. Even now, my wife (we got back together a couple years later) still associates those Blow Monkeys songs with me (and my car at that period in time – a 1952 Chevy Bel Air). Good times.

And then, like a slap in the face, I was reminded this week how interconnected we really are, and how small of a world we have become because of the social tools we use. I was building a song list on Spotify, adding some of my favorite bands from the 80’s, and came across some new recordings from Blow Monkeys. Now….I don’t expect any band to sound exactly the same 25 years later (except U2, who are like the Dick Clark of the music industry), but was surprised to hear Dr. Robert (Robert Howard, lead singer) singing a couple octaves lower and without the ‘spring in his step’ that I had come to expect. It still sounded like him….but it was just different. And so, forgetting about the aforementioned size of the world, I tweeted out that I had come across some new Blow Money tunes, but alas, it just wasn’t as good as the old stuff.

About an hour later, Dr. Robert tweeted me directly.

Crap. I felt like a jerk. He pointed me to links of their album coming out next month…..and I have to say, it’s pretty good. Plus, there’s a bonus cd with acoustic versions of many of their biggest hits, and it’s amazing. It’s the Dr. Robert I remember.

Lessons learned: don’t talk smack about your favorite teenage bands until you’ve confirmed their members are deceased. Or maybe show some loyalty to your music heroes. Or maybe its watch what you say on Twitter.

Oh, and if you are also a Blow Monkey’s fan, you can find them on Facebook at https://www.facebook.com/TheBlowMonkeysOfficial