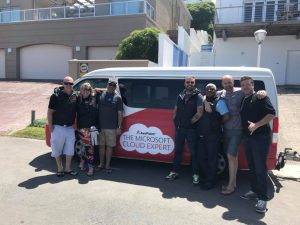 Well, after what was clearly the best Microsoft Ignite Conference (#MSIgnite) at the end of September, I was home for a couple days and then right back out on the road in my busiest travel schedule of the year. As you probably saw, I spent 3 weeks on the road on behalf of AvePoint, participating in 3 SharePoint Saturday events in South Africa (Durban on Oct 7th, Johannesburg on Oct 14th, and Cape Town on Oct 21st), several AvePoint partner events in Cape Town and Johannesburg with Karabina and again with Mint, and then I was also one of 7 people participating in this year’s AvePoint #RedBus tour, with 3 more city stops as we drove south from Johannesburg to the coast, and then southwest to Cape Town. Overall, it was quite the adventure, and I feel blessed to have been able to spend so much time seeing beautiful South Africa with some really good friends. I can honestly say that, by the end of the trip, we did NOT want to kill each other….although as the DJ for the entire road trip, I think they were desperate to hear something other than 80’s new wave music. You may hear some whining in the videos below in this month’s content wrap-up.

With spotty internet (and sometimes cell coverage), writing was difficult while on the road. I tried to make up for it by documenting some of our travels with video, and also recorded a couple dozen interviews, which I can’t wait to see post-production from the AvePoint team. One of the more interesting interviews was with members of the Microsoft leadership team in South Africa, discussing the pending data centers coming to Johannesburg and Cape Town in 2018. On my way home from Africa, I stopped off in Richmond, Virginia to join up with AvePoint’s Dux Raymond Sy (@meetdux) for a Richmond SharePoint User Group half-day workshop — because there’s no better way to wrap up a 3 week road trip than with 20+ hours of travel, 4 hours of sleep, and a half day workshop on Microsoft Teams 🙂 Actually, I rather enjoyed the session, and had a great time hanging out with Erin Glenn and Hunter Willis from the RSPUG, including dinner along the river while looking at the Richmond skyline.

And then it was home for a full 1.5 days, only to turn around and head back out the door for SharePoint Saturday Twin Cities (#SPSTC) in Minneapolis. This is one of the best (and largest) SPS events in the world, and now that my daughter is attending graduate school at the University of Minnesota, I’m looking to visit more than once or twice a year. Aside from my session on Microsoft Teams, this was also the first time that Tom Duff (@duffbert) and I have co-presented live together, and our Office 365 Productivity Tips session, which we dubbed “Mayhem in Minneapolis” was a huge success. We’re planning to get together and record the session for YouTube later this month, and already have plans for webinars in this format this month and next….and ongoing from there. We hope to present together at SPS Utah early next year, so watch for that. What’s great about this session, if you missed us at SPSTC and didn’t catch our last webinar, is that every webinar is different — with 10 productivity hints and tips each session, with no repeated tips (this is a new rule….I re-used one tip in the live presentation, but we’ve agreed to keep it fresh every time). It’s a ton of fun, and Tom and I love sharing productivity tips, so be sure to check it out. 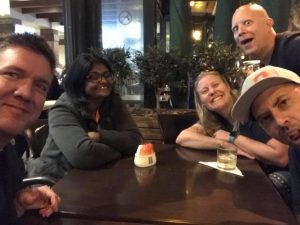 Other activities in October included a webinar with PixelMill, and a number of articles + a webinar with the team at KanBo, plus another stellar #CollabTalk tweetjam focusing on the new SharePoint Hub Sites. Lots more coming up in November, with the European SharePoint, Office 365, and Azure Conference taking place in Dublin, Ireland, and the inaugural SharePoint Saturday Vienna for which I’ll be keynoting. I’m exhausted, and need a week or more to catch up on content and commitments. Plus, in case you weren’t aware, but I’m also running 4 research projects with the BYU Marriott School. More news there later this month, as secondary research concludes for 3 of them, and primary research begins with interviews and surveys. Keep your eye out for tweets. 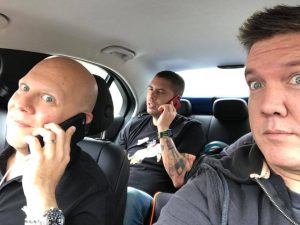 While October was light on written content, the videos included below only scratch the surface of what was recorded while I was on the road. The major event, of course, was the AvePoint Red Bus Tour, where I joined my good friends Warren Marks (@markswazza) from AvePoint, MVP Alistair Pugin (@AlistairPugin) from Britehouse, and MVP Tracy Van der Schyff (@tracyvds) from The GUIDstuff for some major adventures. Also on the road with us were fellow MVP Jody Roberts (@jody_WP), and from AvePoint Johan Myburgh (@sayedimac) and Jonty Collins (@jontycollins). Great group of people, and I’m looking forward to participating again next year. 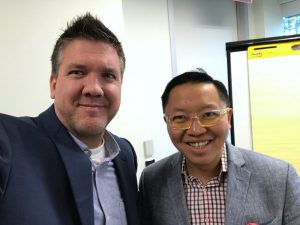 As mentioned, I produced quite a few articles for KanBo last month, as well as hosted and moderated a webinar on how KanBo works with Microsoft Teams. KanBo is not only a customer, but I am a big fan of their product — have been for several years. If you’re looking for a project management solution that integrates with SharePoint on-prem or Office 365, you need to check them out at http://www.Kan.Bo 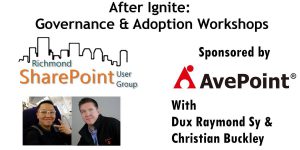 And finally, here is some of the other content produced in October — including a webinar I did with the team at PixelMill, and links to my eBooks with Colligo and CardioLog Analytics:

In November, aside from SPS Vienna and ESPC17 in Dublin, I’m really just looking forward to catching up on things — and sleeping in a couple times. So much going on, so much to do, but I’m having fun, and hopefully one or two items from this list of resources will be useful to you and/or your team.

Oh, and one more item from my trip to South Africa — I had a birthday while in Johannesburg, so Tracy and Alistair took me to Soweto Towers, where I did the freefall from inside one of the old cooling towers. Check out the video: http://bit.ly/2i6t2kO 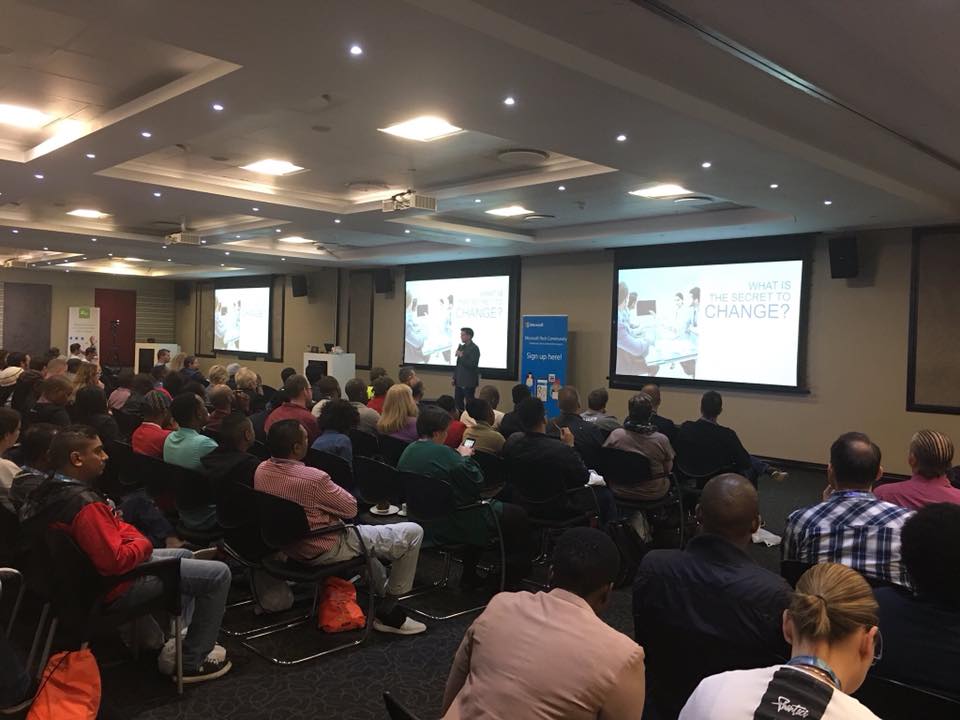