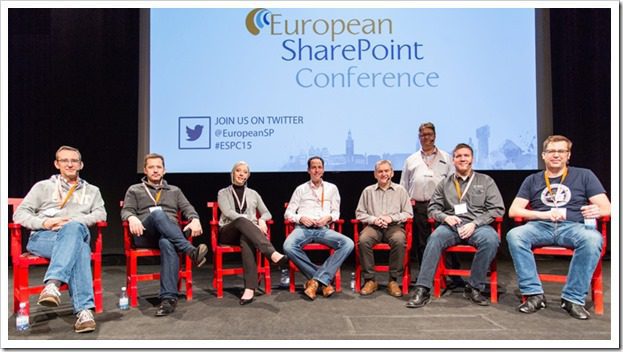 November was a blur or activity. Returning from a massive travel month, I was happy to spend a week at home – even if I was down at the Microsoft campus each day for an extended period, participating in my 5th MVP Summit, which is an annual event put on by Microsoft as a Thank You

to MVPs for all we do for the community. I love these events – and this year was probably the best (as far as content) since I was first awarded back in 2012. I shared a brief recap (without divulging anything under NDA) in a post called “Thoughts On MVP Summit 2015” which you can find at http://bit.ly/1QSS0gk. And if you really want to know more about the MVP program, what its all about, and how you can receive this recognition from Microsoft, you’ll want to check out my post on ITUnity here. Following a week of frivolity with 2000 of my fellow MVPs and countless members of the Microsoft product and engineering teams, I made my way east from Seattle to Stockholm for another European SharePoint Conference.

ESPC is the largest European conference dedicated to SharePoint and related technologies, and draws in attendees from all over the world. I’ve been able to present at all 4 of the ESPC events, keynoting it twice. This year I gave a full day workshop on Yammer and Office 365 productivity, focusing largely on team-building skills and innovation games to get participants thinking about how to better communicate and collaborate within their own organizations. In addition, I presented a session on SharePoint and Office 365 adoption, and participated on an MVP panel – which is the photo above. Of course, the Beezy team was also there en force, sharing the news of our recent v3 release – which went on to win Best Office 365 Solution at the award ceremony that week, hosted at Stockholm City Hall, which is where the annual Nobel Prize ceremonies are held.

I’ve now been home for a couple weeks straight, and its been FANTASTIC to be off the road. My travel schedule is largely quiet through the end of February, in fact, when I’ll be heading south to SPTechCon Austin and then SharePointFest Denver, possibly with a short stop in Salt Lake City for SharePoint Saturday Utah, which is Feb 20th. I have a couple other possible travel activities in the hopper in January, and will share some details as they are confirmed. Other than that, you’ll be able to find me writing, on various webinars, tweetjamming, and hosting my monthly CollabTalk show on ITUnity (sign up here). It’s soooo nice having a quiet schedule. Just planning to get some work done, and enjoy some family time through the holidays, with my two college kids heading home later this month.

On the content front, it was a little quiet due to all of the travel, but look for things to heat up during the second half of the month and into January. I have a couple whitepapers in the works, as well as a couple ebooks, and will be creating videos once again. One of the topics I am speaking on and thinking about extensively is end user adoption. I have a slightly different take than other speakers, and was able to touch on the topic at both UnityConnect Amsterdam and again in Stockholm.

Of course, my primary theme these days is social collaboration – being that is what we do at Beezy. But its also long been my passion, going back more than 15 years now. We’re working on some really exciting things at Beezy, so watch for more on our blog on this topic:

Something that caught my ear at ESPC during Jeff Teper’s keynote was his call for the creation of a “modern content collaboration platform” based on SharePoint and OneDrive for Business. I do think that the concept of collaboration is evolving rapidly – but I’m not sure that Microsoft’s current direction is necessarily the right one. Most companies that build through acquisition generally struggle with integration, but most are able to at least create a unified strategy and/or processes that bridge the gaps of their tools. For Microsoft, this is still a work in progress – but things are advancing very rapidly. I’m interested to see what sticks with their new direction, and to see how customers respond. What I do know is that Beezy business is growing rapidly – and whatever moves Microsoft makes, we view it as critical to our business to align and integrate. Change is good, in my mind. It means that we’re innovating, moving forward. The secret to successful collaboration during this era will be to have a strategy based on your own company requirements,. Know what you’re trying to get out of the platform, and don’t just leave your strategy up to a vendor – even if that vendor is Microsoft.

As always, I managed to write a bit on governance, management, and leadership topics, as well:

In addition, I did a fair amount of self-promotion throughout the month:

Finally, I had a few mentions this month. Between the ESPC showreel, having the second most popular business sessions for Collab365, or being featured in one of Sharegate’s hilarious videos, it was a good month:

And finally, I also celebrated 25 years of marriage at the end of November. I can’t believe its been that long – and that my wife looks pretty much the same. For me….I may have put on a few pounds. Maybe. 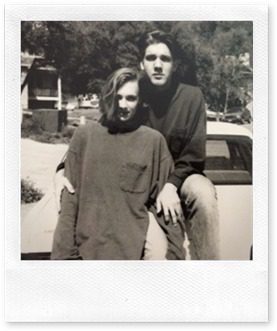