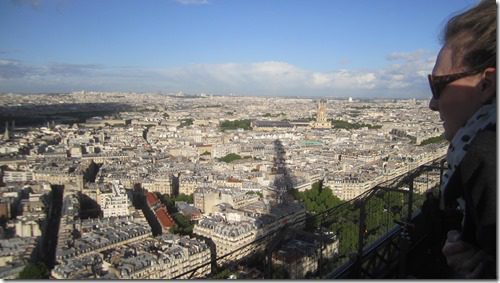 While it may seem counterintuitive to say that one of the reasons I moved back into consulting was to reduce the amount of travel, its true. While I still spent far too many weekends on the road this year, I was able to slow things down a bit and actually take some personal time to explore some of the locations visited for work….which hasn’t always been the case. For my fellow road warriors, you know what I am talking about. More often than not, travel is not about the exotic location, but about frequent cab rides, questionable hotel rooms, and nearly-always shoulder-to-shoulder sold out flights. As I always tell people, I love the destinations….I’m just not a fan of getting there. 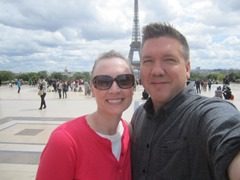 For 2014, however, there were a few trips which really did stand out. I’m always happy to spend time with my friends from the SharePoint communities around the world, but this year I was able to include some family members (and a few days of personal time) in there, as well. I should point out that this list is not an all-inclusive of every location visited this year, nor should a location not appearing on this list be interpreted somehow that I didn’t have a great time at some event. These are just the trips that stand out to me from this past year, in calendar order:

I’m looking forward to a quieter 2015, with a focus on the Pacific Northwest region rather than the world. My two older kids are returning from their missions abroad, and the family has a couple planned trips. In the near-term, I’ll be keynoting SharePoint Saturday Denver in January, in February I’ll be doing a drive up to visit the Vancouver BC user group and attending SPTechCon Austin, and possibly attending SPS Utah. Beyond that, I am also definitely attending Ignite in May, WPC in July, likely a trip to South Africa in September for the SPS events and a company road show, and EuropeanSPC in Stockholm in November. And in-between, I’m sure there will be other trips. As you can see, not so quiet after all.

[Update: While I did receive a couple harassing emails and tweets reminding me of some great trips this year, I did want to expand the list by one event — SPS Stockholm in January. For some reason I got it into my mind that it took place in December 2013, but it was end of January. LOVED my time in Stockholm, one of my favorite world destinations, with every inch of the city belonging on a postcard. While it was fiercely cold, the weather was actualy fairly dry and the sun was out, allowing me to walk around the city at length and take hundreds of photos. Really looking forward to being back in Stockholm next year for the European SharePoint Conference next November!]