For this latest #MusicFriday post, I thought I’d point you toward 10 albums that I feel are new wave “essentials” for those interested in understanding this important post-punk period of rock and pop music from the end of the 1070’s through the mid-to-late 1980’s. This is not a Top 10 list, nor are these shared in any specific order or preference, but I do believe these albums provide a solid snapshot of the musical genre of the period. 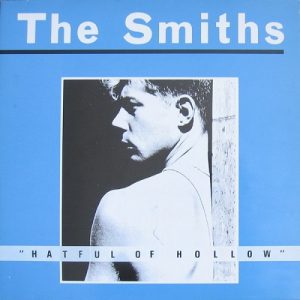 The Smiths – Hatful of Hollow

Most people, by now, have heard the classic song ‘How Soon Is Now,’ and yet the songs was a B-side to the first song on the 1984 ‘Hatful of Hollow‘ album, “William, It Was Really Nothing.” The Smiths had one of the most recognizeable sounds of the 80’s, with Morrissey’s nasally-crooning and Johnny Marr’s amazing melodies and intricate guitar riffs which, to me, *is* the jangly-pop sound of the 80’s. It also includes two of the most popular Smiths songs during their career — the witty and light ‘This Charming Man‘ which Marr says was one of the most difficult guitar riffs he created, and a song famously used in the film Ferris Bueller’s Day Off, ‘Please, Please, Please Let Me Get What I Want.‘ Recorded across several BBC 1 sessions in 1983, for most fans, the album is the penultimate Smiths record. 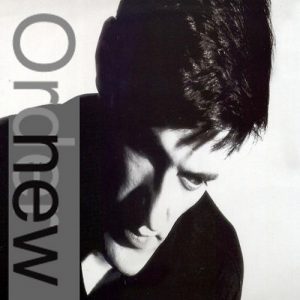 Released in 1985, Low Life was the 3rd studio album by New Order, including a number of singles that were very popular in dance clubs around the world, including ‘Love Vigilantes,‘ ‘The Perfect Kiss,‘ ‘Sub-Culture,’ ‘The Perfect Kiss,’ and the utterly fantastic ‘Shellshock,’ which appeared in the classic 80’s teen-angst film Pretty in Pink and was the start of many New Order songs appearing in films and television, not to mention that distinctive bass of Peter Hook finding its way into numerous music projects like Revenge, Monaco, and more. And, of course, you may have recognized singer Bernard Sumner’s voice in the side project Electronic with post-Smiths Johnny Marr. While I am a fan of the band’s first two albums, to me this is the album where they cemented the New Order sound. 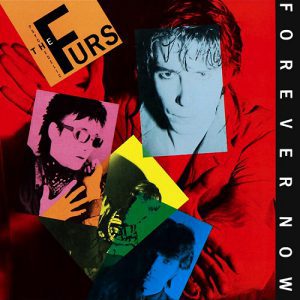 Another 3rd studio album was the Psychedelic Furs Forever Now, released in late 1982. The song ‘Love My Way‘ jumped out to me as a 7th grader when I heard it on the radio and played at a school dance, and the Furs quickly became a staple of my meager music collection. The following album Mirror Moves was, I believe, a bigger hit, but Forever Now was the album out when most people began to discover them. Love My Way also appeared in several period films, such as Adam Sander’s The Wedding Singer, and the much earlier (1983) Nicolas Cage classic, Valley Girl. Other standout songs include ‘Danger,’ ‘President Gas,’ and the title track ‘Forever Now.’ 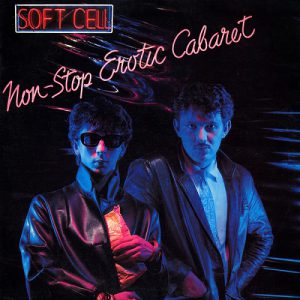 This was the 1981 debut album by Soft Cell, and included one of the top-selling and most iconic dance singles of all time, ‘Tainted Love.’ Most people know that one song, but other moderately popular singles from the album included ‘Bedsitter‘ and somewhat melodramatic ‘Say Hello, Wave Goodbye,’ as well as the less-recognized but massively popular underground club song ‘Sex Dwarf.’ FYI, lead singer Marc Almond went on to record 25 solo albums, with his 4th studio release in 1988 (The Stars We Are) being one of my favorites from the late 80’s. 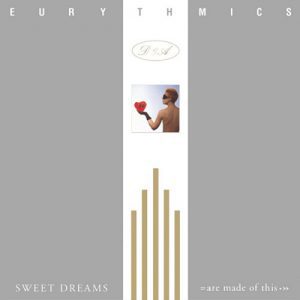 Eurythmics – Sweet Dreams (Are Made Of This) 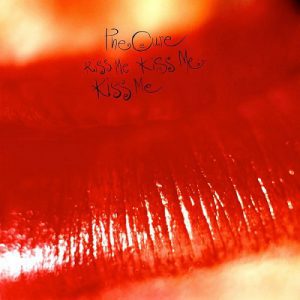 Arguably, Kiss Me Kiss Me Kiss Me is the album that broke through to the mainstream for The Cure. For me personally, it was the “See, I told you they were awesome” album. The 7th studio album and released in 1987 (following my first year in college), the album includes some of The Cure’s most-recognized singles as the album received serious airplay on pop, rock, and college stations, including songs ‘Catch,’ ‘Just Like Heaven,’ and the smash dance hit ‘Why Can’t I Be You?‘ 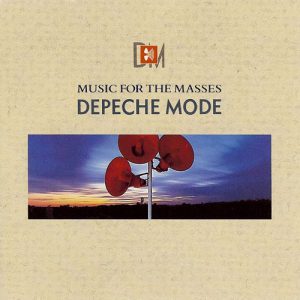 Depeche Mode  – Music for the Masses

Returning to school for my sophomore year in 1987, we were met with a new release for Depeche Mode, Music for the Masses, which, like the previous entry for The Cure, was a massive breakthrough for this band. I had long been a fan of DM, but the huge hits of ‘Never Let Me Down,’ ‘Strangelove,’ and ‘Behind The Wheel‘ with B-side favorite ‘Route 66‘ followed by a worldwide sold-out tour, this 6th studio album their place in the new wave and techno annals of history. 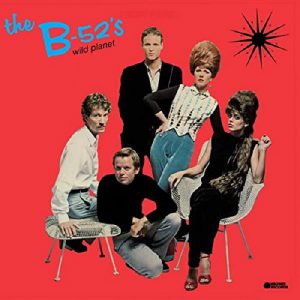 One of the premier party bands of the late 70’s, throughout the 80’s, and into the 90’s and beyond has been the B-52’s, and the 1980 release of Wild Planet following the earlier success of the 1979 classic ‘Rock Lobster’ from their eponymous 1st album… which was a #1 single just a couple months before this 2nd studio album was released. While commercial success did not arrive until their 4th studio release (Bouncing off the Satellites), it was a cult classic party album that included ‘Party Out of Bounds,‘ ‘Strobe Light,’ and the perennially quirky and popular ‘Private Idaho‘ that became one of the band’s defining numbers. 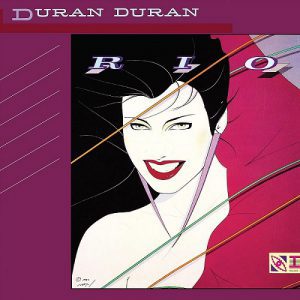 Of course, no band more embodies the new wave movement in the 1980’s than Duran Duran, and their 2nd studio album Rio (and era-defining cover art) was released with much fanfare to the screaming hordes of teeny-boppers. Hits from the album included ‘Rio‘ which came with a video that was played every 60 seconds on MTV, ‘Hungry Like a Wolf‘ which can still be heard at every Karaoke joint around the world, and, of course, ‘Save a Prayer.’ For huge fans like myself, the rest of the album contains even better material, such as ‘New Religion,’ ‘My Own Way,’ and ‘Hold Back the Rain.’ This album is truly a classic. 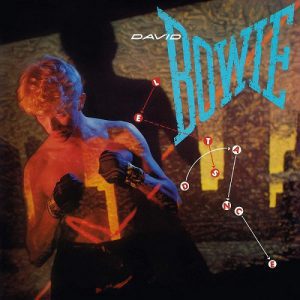 And wrapping up this list, how could I not include one of the icons of the modern music world, David Bowie, and his 15th studio album Let’s Dance, released in 1983 and which was a major influence of my teen years. I knew quite a few of his songs since my childhood, but this was the album that made me a fan, and convinced me to further explore his back catalog in later years. Bowie had this incredible ability to reinvent himself every couple years, and each of his albums was relevant for its time — and much of it is simply timeless. The three big hits on the album included ‘Modern Love,’ ‘China Girl,’ and of course the title track ‘Let’s Dance‘ which were mainstays of school dances around the world.

And that’s my list of 10 new wave essentials for this #MusicFriday entry. Hope you enjoy this material, most (or all) of which is available through Spotify, YouTube, and most dubious peer-to-peer pirate radio stations. If you’re looking for a primer on 80’s music, you won’t go wrong with this collection.

Christian is the Microsoft GTM Director for AvePoint Inc., and a Microsoft Regional Director and Office Apps & Services MVP. He runs the monthly #CollabTalk TweetJam, the #CollabTalk Podcast, and leads the weekly Microsoft 365 Community Office Hours live stream every Monday morning at 8am Pacific. He is based in Lehi, Utah (Silicon Slopes).