The Trouble with Too Many Options 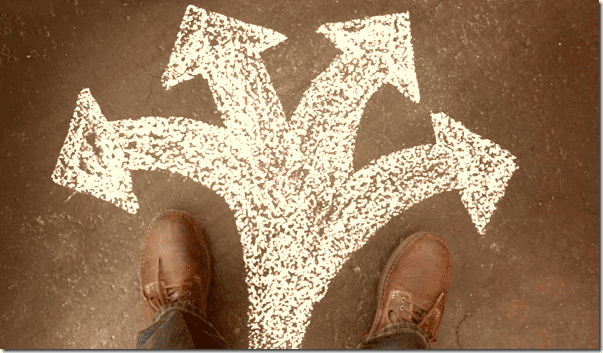 There is an underlying theme running across many networks right now about the right place to have “conversations” within the Office 365 universe. It came up in the Office 365 Yammer community YamJam last week, and a day later on the #CollabTalk tweetjam. It was voiced before, during, and after the Ignite conference earlier this month. And even in a product team call this morning with many of my fellow MVPs, it came up again – without a satisfying answer. What drove much of the confusion leading up to Ignite was whether Office 365 Groups would replace Yammer.

The short answer is no, but the long answer is more difficult than that. Or is it? Microsoft has always been in the platform business. When Office 365 really started picking up steam a couple years back, customers and partners alike complained that the SaaS model was too constrained, too limited in its configuration and extensibility story. SharePoint had always been this "swiss army knife" that could be shaped into whatever you needed it to be. Office 365, not so much. And then Microsoft started evolving their roadmap, much of it based around the Office Graph, and built out capability that – in many ways – mirrors the functionality within Yammer. Well, mirrors the scenarios by which people would use one or the other. From a technical standpoint, O365 Groups are an extension of the overall architecture – however, from a business perspective, they might be consider another"next gen" experience…..and I'm sure will be viewed as, and used as, a primary portal through which people will collaborate on Office 365.

Groups may be considered an evolution of the Distribution Group since they were born out of the Exchange side of the house, but because a Group will have access to all of the many O365 services (soon to include Delve and Yammer), the question remains: why would you go elsewhere? And that’s where the ‘Groups are replacing Yammer’ energy is coming from. It’s not about the replacement of the technology, but about the mindshare of the end user. 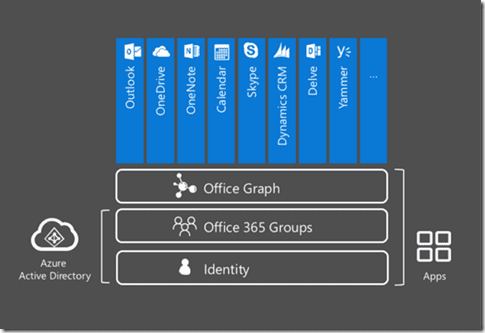 The common response from Microsoft is that Groups are “just another modality,” meaning its yet another way of collaborating with your team, your company, or with another individual. And when we remind ourselves that Microsoft is focusing on “platforms and productivity” it makes sense that they’re going to provide a number of different tools to meet many different styles, needs, and modalities.  When Microsoft talks about providing options, what they mean is that conversation today happens across many different platforms. And they’re completely right: I have discussions across Skype for Business, Facebook, Yammer, through email, and on my phone via SMS, Slack, and Facebook Messenger. Different conversations via different constituencies. Different modalities. Its how we increasingly communicate with our vast personal and professional networks.

However, when you’re discussing business topics, or collaborating around sensitive customer information, do you want that collaboration spread across so many social properties? And here is where Microsoft needs to be more thoughtful in how they envision their future, and how they communicate that vision to their customers. Having options is fine, but within the enterprise, those options should fall under the banner of corporate governance. Every CIO is 1) battling the need for engaging and productive tools for end users, on a dizzying number of devices, matching the UX of the latest cutting-edge consumer technologies, while 2) maintaining some semblance of control so that security, compliance, legal and regulatory standards are being met, and the business is not being put at risk. Options are great, but managed options are needed for the enterprise.

One other point I would argue (as I did today on the CMSWire #SocBizChat tweetjam) is that spreading out conversation across too many locations dilutes the value of that conversation. If my project team is discussing aspects of our current project across Groups, Yammer, and Skype for Business, for example, conversations are going to be missed. At some point in the future, I may be able to link all of the various threads together via Office Graph, but will Delve provide them back to me in a sensible order? No, of course not. Conversation spread across different modalities degrades, no doubt about it.

One way to solve this is for project teams to make some decisions up front about the primary tools through which conversations will happen. For me, more and more of that will happen through Groups so that our conversations are maintained in context to our content, our shared calendar, and other project artifacts – guaranteeing that our conversations happen in one place, our content/documentation within SharePoint and OneDrive are being properly managed on the back-end, and search/Office Graph captures everything. I like options. Honestly, I don’t want Microsoft telling me which tools to use: provide the platform, get out of the way. But please do provide the tools that allow me to manage my chosen collaboration modality, including turning off those options which I feel would degrade my enterprise conversations.

Oh, and can I just quickly mention something else that has been on my mind — some of us were given such grief for suggesting there were/are valid reasons for sticking with the native social experiences in SharePoint 2013 versus Yammer — part of the full-court-press of Yammer. But excuse me, aren't the native social features in SharePoint just another modality?  Discuss amongst yourselves…