It’s been a big week for announcements. 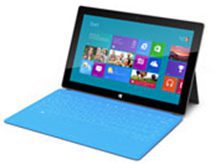 If you live in a cave and are completely unaware of tech news, Microsoft announced plans to acquire Yammer, and then followed that bombshell with an even bigger announcement of a new tablet PC.

So following TechEd last week in Orlando, where I was able to attend quite a few sessions on Windows Azure, Office365, and mostly operations/MSIT-focused SharePoint presentations, I was looking forward to posting something based on content from the show. But lo and behold – Microsoft changes things up for me.

On the Yammer acquisition, community feedback has been evenly divided. Frankly, Microsoft needed to do it. I am not on the bandwagon of “Microsoft doesn’t understand social, and therefore had to buy the technology” because I think they do get it – but were having trouble getting the right social features into the right products fast enough for consumer and business demand. Social for the consumer does not equal social for the enterprise, and while I am right there with you on the notion that SharePoint, Exchange, and the Office suite can do a lot more to come up to speed with the user experience and capabilities of our favorite consumer-based social platforms, the reality is that these platforms (the Microsoft tools, that is) already do a ton of social things, and I think get a bunch of bad press for what they don’t do. This is not a fanboy statement – this is just someone being sensible about what is already available.

Now, having said that, the Number One thing that Yammer gives Microsoft is a social story outside of SharePoint, which it desperately needs. What Yammer was doing was building a story for social interaction that didn’t require a Microsoft component. Yes, Yammer comes with 200,000 business customers, and who-knows-how-many free customers, but more importantly it gives Microsoft an opportunity to develop deeper ties into the cloud-based platform, allowing SharePoint social to extend beyond the SharePoint stack. That is huge. Plus it can integrate with Exchange, Office, Dynamics, and everything else. Imagine your Yammer thread capturing status of a new Dynamics CRM note, as well as a document uploaded to SharePoint, as well as a calendar invite to the team. I still think Microsoft paid too much on the deal ($1.2B), but I think they will get this value back out of the acquisition.

As for Microsoft’s new tablet – everyone suspected it was going to be a tablet, but that was about all we knew. Speculation was flying that it might be a result of the agreement with Barnes & Noble, or maybe a gaming device based on XBox. Honestly, I was just concerned that Microsoft might create another scratch-the-head brand name, further confusing the market – and their own product teams – as to where it all fit. But then they announced not a pared-down device using a version of it’s OS (like their previous tablet attempt), but a full-fledged PC based on the forthcoming Windows 8 release, and with a known brand name: Surface. Absolutely brilliant! The new product is sleek, powerful, and by all accounts will give Apple a serious run for its money. And there’s even a pro version.

Now, back to my post title. So yesterday I got approval to purchase an iPad for work. Our latest version of ControlPoint supports the iPad, and our development strategy includes support for the BYOD (Bring Your Own Device) model, so I made the purchase….only to hear the announcement hours later. While there is no delivery date for Surface (that I know of), I suspect I’ll have a couple months of good productivity out of my new device before I start asking, nay, demanding (wink wink) that I should also pick up a new Surface.

I feel like Dilbert, endlessly chasing the latest, greatest version of my hardware. As soon as you buy, its already obsolete. But I am looking forward to moving my tablet activities back onto the Windows stack – and having the Surface displace my primary laptop.

Now, if only Nokia would hurry up and make the Lumia available on the Verizon network, I could move off of my crappy android phone too….