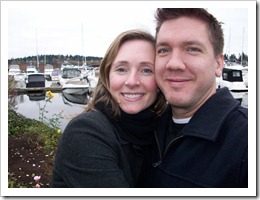 I can’t believe that its been 20 years since that day when I was 4 or 5 hours late to my wedding. Not my fault. The car broke down in early morning traffic, and nobody would stop to help the guy in his tux on the side of Highway 80 outside of Cordelia, California. After walking some distance, a trucker was nice enough to give me a ride into Vallejo, where (eventually) my bride-to-be and her dad rescued me. What a day. And now, 20 years later, I have 4 fantastic kids and a wife who still loves me (and largely tolerates my shenanigans). I’m looking forward to the next 10 years in particular, which I suspect will include at least 2 college graduations, at least 2 missionary homecomings, probably 2 weddings, and possibly grandchildren. Scary. At the very least, I’ll see my three boys join their sister by graduating and leaving home, allowing Kendal and I to do some more traveling. It’s going to be a big decade, for sure. Looking forward to it.