Some background: in my last org, they killed a massive trip for the entire business unit to fly down to Las Vegas for two days of year-end results review and fun, and instead gave everyone a new Zune (1st generation). As a non-drinker, non-gambler, non-fan-of-Vegas, I was not too disappointed that the plans fell through, but wasn’t exactly falling over to get a new Zune, either. At the time, I had a couple iPods, and was quite content. However, the Zune quickly took over my world. Yes, it was chunky — but I instantly became a fan of the software. I never liked the scroll wheel on the iPod, and found the Zune software to be much cleaner. As for the online experience, the Zune player is, of course, much nicer than iTunes, with a great integration of the social capabilities that plug you right into your friend’s listening habits.

Of course, not everything was perfect in Zune-world. You could literally sit and watch your battery meter die while using the wireless sync. I hate having to maximize the player to skip a song – why can’t it be as simple as Media Player, which has player controls on your bottom toolbar when you minimize the window? But my biggest peeve was when you ripped a CD from your collection (in my case, onto an external drive), the Zune software recognized the album as being in your collection, but if you ever unplugged that external drive or were using the Zune software on a different computer, the player would still recognize that the album was in your collection, but couldn’t play it for you because you were disconnected from the source – even if the album was available for streaming.

Well, the new Zune software has improved performance on wireless sync/sharing, there are a ton of great new features on the social tab, and most importantly — you can now stream albums that you already have in your collection, even if not connected to the source. Still no player controls in a minimized screen, but I’ll keep harassing them about it. I also love going to see what my friends are listening to, and then streaming their playlists (as long as all the music is in Zune’s catalog, which is still much too small).

Overall, a much improved experience for what was already a superior software to iTunes. I am a huge fan. 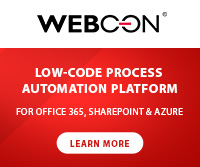